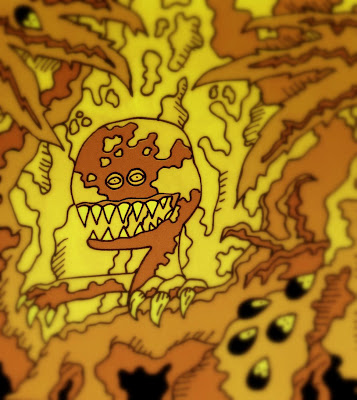 In the past two months, there has been over 130 reported sightings of cryptozoology's newest media-monster darling. They call the creature Tooth Head, and monster geeks everywhere are trading in their Mothman t-shirts and Nessie fanny packs for all things Tooth Head. The latest sighting was reported by a group of teenagers in upstate Wisconsin. They say they have a photograph to prove their claim. Experts have examined the photograph (above) and concluded that it is probably just a sketch that was amateurishly manipulated with some sort of computer software, a technique they call "photoshopping".