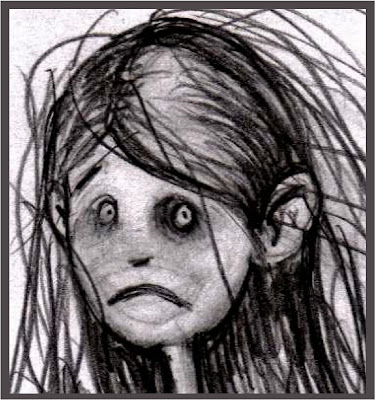 The banshee has the appearance of a young woman. It is sickly thin creature and it’s pale skin is nearly translucent. The banshee has a long skinny neck and long, boney arms and legs. It wears a raggedy, tattered dress. The long reddish-brown hair blows constantly even in the calmest air. The banshee fades in and out of sight as it roams the countryside, it's head down and stricken with grief. 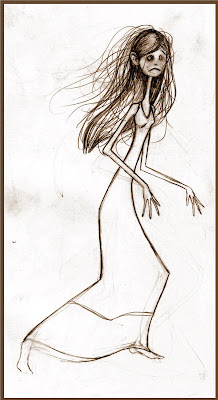 One may feel pity for this poor, pathetic creature. Until they hear it scream. The banshee’s scream can be heard, usually following a death, from over ten miles away. Imagine a crow’s call, a bagpipe, and a screaming woman combined at ear-splitting decibels and you'll have an idea of how terrifying the banshee's call sounds . 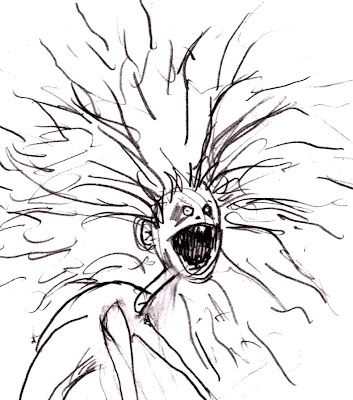 To actually see a banshee in mid-scream is horrifying. It’s hair stands straight out from the head. It’s skeleton seems to almost glow through the pale skin. The sunken eyes flash an eerie yellow and it’s jaw drops allowing the gaping mouth to open incredibly wide. The banshee’s whole body locks into a rigor mortis curl through-out the scream.

Oooh! can I get her number? I've got ear plugs.