Bark is a character from a story my daughter and I have been building on called Morgan Monster Hunter & the Crypto Kid.
.
It's a mix of Alice in Wonderland, Universal monster and 50's B-movies, The Spiderwick Chronicles, cryptozoology, mythology, and legends from around the world, Scooby Doo, and Stand By Me (minus the dead body and the swearing, of course!), all contained in the normal school and family life of 11 year old Morgan and her genius friend, the Crypto Kid .
.
We take turns adding characters and adventures before bed. It has been entertaining...and the world is quickly expanding. I wish I had more time to play around with the character designs. 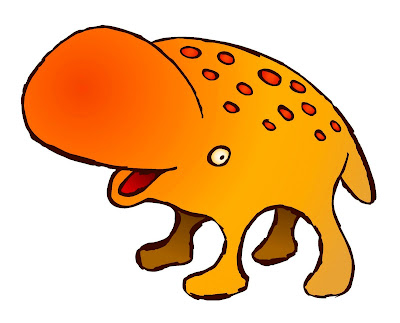 Bark was discovered in a cave in the woods behind Morgan's house. Morgan rescued him from the horrible Spider Lord of the Underground. She had to create a dog disguise for the little creature so her parents wouldn't get suspicious. 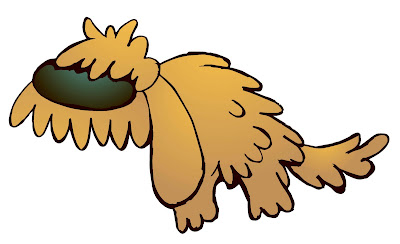 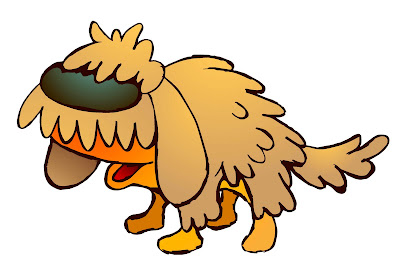