Scaring the Beans Out of Kids 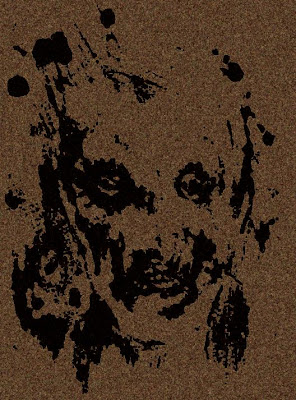 In the cupboard under the sink
Lives a terrible bloody thing
Call him BloodyBones
Call him Rawhead
Either way you’ll end up dead
Covered in hair and bits of bone
He waits as still as a stone
Some say he looks like a decaying dog
Others say a scabbed-over hog
BloodyBones, BloodyBones
Covered in sores
BloodyBones, BloodyBones
Open the door
Today is the day
That BloodyBones will have his way
I adapted the poem above from an old American folk tale. We have a long standing tradition of scaring kids throughout our history. Classic fables, nursery rhymes, and fairy tales by Aesop, Hans Christian Andersen, the Brothers Grimm, and even Mother Goose are full of horrific images. Halloween is one of the most popular holidays for children. Movies, folklore, cartoons, books, comics, and theme parks are full of monsters, villains, and other "bad guys".
Morals and safety are often given as the reason for such horrific tales, but I think some adults just like to scare kids. When I was young, I had an uncle who bashed through a cornfield in a werewolf mask and it scared the crap out of me. An older cousin told me the story of "Thump, Drag". Older family members seem to be full of terrifying and/or hilariously inappropriate stories for children. Looking back, the things that scared me most as a kid are some of my favorite memories.

I think horror is fascinating to children because they realize that they are not being talked down to. Of course, I don't condone stories with depravity, excessive gore, or other themes that can truly confuse and/or upset a child. All children have a different tolerance to fear and as long as that line isn't crossed, a scary villain can really spice up a story. The good guy/gal always wins in the end (in children's stories, anyway), and life goes on.

The first questions my daughter asks when I'm telling a story is: "Is there a bad guy?", "What does he/she/it look like?"," When is the bad guy gonna be here?" The "bad guy" has been showing up earlier and earlier in our stories. I'm cool with that.

I have a plan to eventually do a week or more of posts about the horror in Walt Disney films. I just need to find some time to create a series of paintings based on Disney villains. So you can expect that in July of 2013.

with Ayralese, she has this idea that these creatures/monsters will come to her house. So anytime she watches or listens to a scary story, its all about "Is the Grinch coming to my house", she has also wondered if Ursula or "The Beast"(youll have to youtube campbells commercial) among others - of course i comfort her "Yes they are coming, but in the middle of the night when you cant see them while you are asleep"