Having some fun with concepts for Frankenstein's Monster 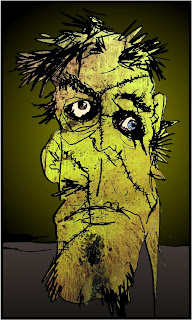 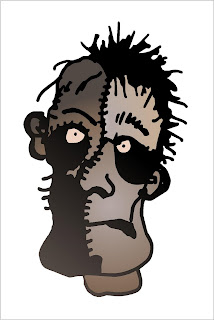 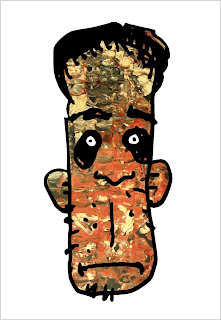 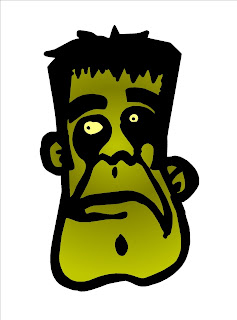 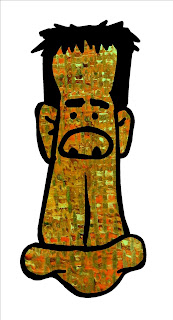 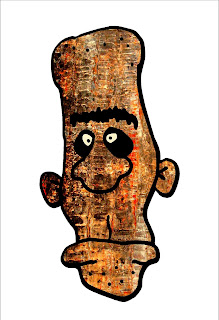 Here is a clip from James Whales' 1931 film Frankenstein. http://www.youtube.com/watch?v=lld7DIuWwnw I love old black and white horror movies. I think this scene from the beginning of the movie is especially creepy. And I love the surreal set design of the graveyard. A very high recommendation from me. The sequel, Bride of Frankenstein, is just as good and adds some humor to the mix.
Maybe it is a little hokey by today's standards, but Frankenstein shocked it's 1931 audience and introduced horror icon Boris Karloff to the world. One of my favorite roles by Boris Karloff was the narrator in Chuck Jones' adaptation of Dr. Seuss' How the Grinch Stole Christmas. Three very talented and creative forces collide in a great cartoon that has stood the test of time. 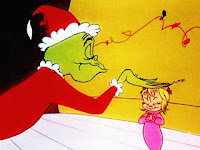 from How the Grinch Stole Christmas

Chuck Jones was an animator and director at Warner Bros. Studios. While at Warner Bros., he created a ton of great classic characters including Wile E. Coyote, Pepé Le Pew, Marvin the Martian, Road Runner, and Sam Sheepdog. He also added to the development of Bugs Bunny, Daffy Duck, Porky Pig and others.

Here's a short from Chuck Jones:

Dr. Seuss will get his own blog post soon!